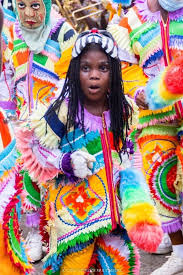 The three-day celebration is under the auspices of the Member of Parliament (MP) for Essikado-Ketan Mr.Joe Ghartey with support from the MP for Sekondi, Mr Andrew Agyaapa Mercer.

The event enters the New Year with Yewo Adze Oyie Fun Games on the afternoon of January 1, 2023, with games such as ludo, oware, and cards among others would be played, among the clubs.

This will be climaxed on January 2, 2023, as the Essikado “Ye Wo Adze Oye” Masqueraders Carnival, where 10 Masquerading clubs drawn from Essikado, Sekondi and Takoradi will throng the streets of Essikadu to display their dancing moves.

In an interview with, the MP for Essikado-Ketan, Mr.Joe Ghartey who founded the Essikado Street Carnival 10 years ago, said the programme is to bring entertainment and boost economic activities in Essikado and its environs.

He said the event was expected to bring people in the Constituency together to foster unity and peace, adding the event would be sustained and made more vibrant to attract tourists.