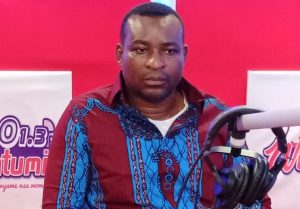 This was contained in a communiqué issued after their plenary assembly in Donkokrom, Eastern region. They also called on the government to go after financiers behind illegal mining.

According to the Bishops Conference, financiers behind the menace are chiefs, politicians, Regional Ministers, MMDCEs, and security personnel, among others, hence the difficulty stopping the menace and prosecuting perpetrators.

“We urge the relevant agencies responsible for the protection and preservation of our natural resources to ensure the prosecution of the financiers of activities that result in major crisis facing the country, such as illegal Mining (Galamsey).”

“One critical example is the call for prosecution of the owners of Akonta mining Limited, among others who have been accused by the Minister of Lands and Natural Resources, confirmed by the Minerals Commission and reported in the media”.

They also cautioned against plans to begin mining in the Volta and Oti regions next year by the government to avert the spread of the scourge of illegal mining to the regions.

Read Also: My detractors scheming to tarnish my image and subject me to public hatred – Mireku-Duker

The Bishops Conference wants a moratorium placed on new mining license in the country for the proper streamlining of the industry.

On the current economic crises in the country, the Ghana Catholic Bishops conference recommended for significant reduction in the size of government, government expenditure as well as Presidential and ministerial convoys.

They also charged government to aggressively act on Auditor General’s report to retrieve all alleged stolen monies, all as part of commitment towards burden-sharing in the current economic crises.